Have you ever felt disconnected?

Like you are a lonely island floating aimlessly through the world?

Follow the story of a young woman trying to make her way. Will she ever fit in?

(Developers note: I hope this game will help to spread awareness of a little known personality disorder called Alexithymia, the inability to feel or express ones own emotions properly)

THIS PROJECT IS BEING REVAMPED, STAY TUNED!!!

Visit the game webpage for more details on the game's development. It's currently being constructed and new information is being added frequently.

Meet the cast of understood here!

I'm genuinely interested! I may have that type of disorder maybe it'll finally resolve what strife I've been facing and never had a word to dub it as.

It's in development now and doesn't have a working demo at the moment. I hope to release it within the next year. :D

So I decided to give it a try and I was actually really glad I played it. Understood is a short game were you play as Miriam, a cute monster girl that suffers from the inability to properly express her emotions, this could easily be a way to not get identified with her as she's the protagonist, but as a person that has a friend like this is depicted very accurately and it hit me way too close to home at some points. You basically do just some short quest in which you end up being an annoyance because of Miriam's problem. Also I must say I smirked and even laughed at some points, is pretty funny, and the characters are pretty likable, I wish it was a little longer and had more proper ending, since things are pretty rushed, but I understand as this game was made in less than a month.
In a nutshell:
Cute and funny game which explores a real life disease, and I enjoyed.

Thank you so much for playing and leaving feedback, I'm very glad you enjoyed the game! :)

I've heard many good things about this entry, both on the submission page and at the RM forums, and I finally decided I'll be giving this a go. It looks cute and the subject matter interesting.

On a slightly off-topic note, your LPs are pretty funny too!

Great job! I love the story and message here! Deeper than it originally appears to be, which is always a nice touch! Thanks for making a great game! :D

Great little game! Well crafted environments, attention to detail, and introduced me to Alexithymia, which was an interesting condition I had never heard of before. You have my vote, best of luck!

This game has an amazing story, one that can make you laugh and cry. Memorable characters and scenes, beautiful maps, easy gameplay.

It will open your mind to Alexithymia, a personality construct difficult to relate to... Understood is a must play.

Thank you so much for playing the game, I'm glad it got it's point across. :D

Thank you for playing the game! I'm glad you liked it :) . 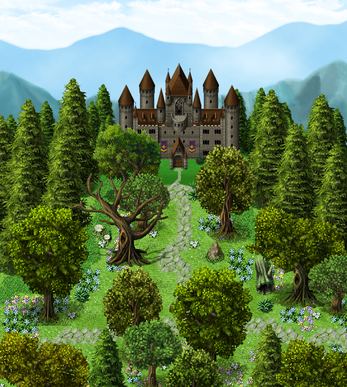